‘Deliver Me’ is the next funded short that I’m due to make. It’s for a scheme called DV Shorts Plus, funded by Em-media and the UK Film Council, with a budget of £20,0000. At the moment I’m still waiting for the funding to come through – a job changeover at Em-media has meant that there’s been a substantial delay in the money being sorted out. The plan was orignally to shoot in Feb/March time, but now we’re looking at (hopefully) October.

The film is about a young woman who goes to see a spiritual healer. The woman, Heather, has a tumour behind her eye (more eye fetishism going on), but is also pregnant. The healer, Erin, at first relcutant, eventually agrees to treat her. The centrepiece of the film is the healing session which takes place in a Spritualist Church Hall, wherein Erin miraculously draws out the disease from Heather’s body. The climax of the film reveals the disturbing source and nature of Erin’s abilities.

The film is intended to be an expansion and development of the themes and filmmaking techniques which I’ve been exploring over the last three films (‘Autopsy’, ‘Cry’, ‘Through A Vulture Eye’). It’s got more character development and more story than ‘Cry’, but continues the idea of building an atmosphere, creating a tone. Again, as with Cry (and TAVE) I want to try and make the film feel like one sequence – like a piece of music, I want it to have different parts, but to always feel like it’s got the same basic underlying rhythm – so that it’s got a momentum that draws the viewer along.

Music was an important part of ‘Cry’ – as was the sound overall. It was an element of the film which really seemed to help with setting the tone. For ‘Cry’, I worked with a composer called Fyfe Ewing (formerly drummer with the band Therapy?), who I got introduced to through Jeanie’s brother. (I say introduced, but I’ve never actually met him in person – he lives in Brighton and we’ve only ever spoken on the phone or in emails). He has a similar set of influences to me when it comes to horror films, so it made it quite easy to talk about the kind of thing that we were aiming at.

I am entirely unmusical, so I always find it quite hard to describe what I want things to sound like – the only way I can communicate it is either to find some other music which has a similar feel, or to talk about what I want the music to do – defining the tone I need it to fit with.

For ‘Cry’, I knew that the music would need to be quite full-on at the start – the film was designed to be the last reel of a horror film, so from the beginning I wanted the audience to be forced to feel that they were coming in at a heightened point in the narrative. I also knew with ‘Cry’ that the music could be quite ‘horror filmy’ – the whole design of the film had to make people know what type of film they were in in a very short space of time. 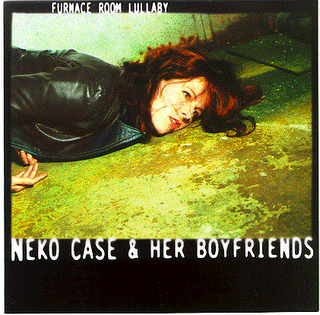 For ‘Autopsy’, I used a song by Neko Case called ‘Furnace Room Lullaby’. I love the song and think that she has got an amazing voice and the opening lyrics seemed to really fit with the story of the film, and set an appropriate tone. But there are additional problems with using songs rather than composed music which was something that I only realised after making the film. Much as the song works, there is maybe something about using an American country voice that dislocates an audience a little – which is good in some ways, but in other ways maybe raises unnecessary questions in the minds of the viewers – and maybe makes them think that the film’s trying to be something it’s not. Each song comes with a set of associations and these associations can, to a degree, take a viewer out of the film – they can make you think about the filmmaker rather than the story. 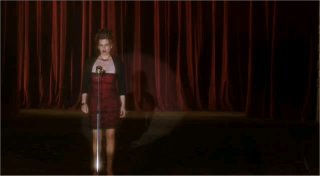 Sometimes directors recast songs in such a way as to make them truly, indelibly part of their film. In David Lynch’s ‘Mulholland Drive’, one of the key scenes takes place in the Club de Silencio, where the two leads go and listen to a performance of Roy Orbison’s song ‘Crying’. The song is sung unaccompanied and in Spanish – and we cut from performer back to the audience throughout its whole length. It’s not entirely clear (as nothing in the film is entirely clear) what exactly is going on – but we can feel that it is something deeply emotional – the scene is absolutely riveting. Of course, Lynch has used Orbison before, recasting ‘In Dreams’ as a creepy and disturbed threat in ‘Blue Velvet’ – and obviously knows that the audience may well make that association. But he uses that as well, making the ‘Mulholland Drive’ scene seem even more loaded. 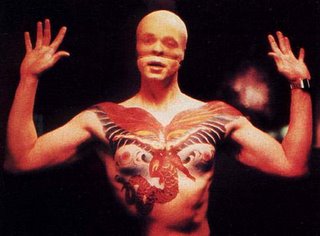 Another piece of music which is, for me, indelibly linked to a film is Iron Butterfly’s ‘In A Gadda Da Vida’, which is used for the climax of Michael Mann’s film ‘Manhunter’. It’s a bombastic piece of late Sixties prog rock, something like 17 minutes long in its original incarnation ( I once downloaded it and listened to it on the way into work – by the time it got to the extended drum solo I felt like chucking the thing under a bus) – and not something that you would expect to work – but maybe it’s the case that music which is more histrionic, overly dramatic and heightened is the stuff that works (or maybe it only works when you’re dealing with very fucked-up serial killers)

Argento, of course, has used music in a very upfront way, most memorably probably in the opening sequence of Suspiria – more prog rock, this time from his long-time collaborators Goblin. And again, it really works, at least for me. It feels like he’s trying to make the music as much a part of the film as possible – not an addition or a supplement, but as a fundamental part of his technique.

For ‘Deliver Me’, the music is again going to play a strong role. I want it to give the audience an idea of the central preoccupations of the film and to build up a fervent atmosphere from the very start. At the moment my main reference point is the soundtrack to an Italian giallo film, scored by Ennio Morricone, which uses choral voices and an insistent, off-kilter loop. I like the idea of the music being really upfront in the film – not using it as background or incidental sound, but using it to really ‘sell’ the tone I’m going for.

‘Deliver Me’ is intended to be a step towards making a feature. There’s a project I’ve been working on for a couple of years called ‘Savage’, which I would love to do at some point in the near future, but I feel that I need to be seen to be able to make more character-based work. ‘Deliver Me’ is, or will hopefully be, a step towards that, while at the same time keeping me on track with all of the development as a filmmaker which I feel I’ve got out of making these last three films.
Posted by Steven Sheil at Sunday, May 21, 2006