Well, the interview with Film4 went out on Friday, preceding the opening of the FrightFest season on the channel. They intercut me sitting in the crypt with a lot of mini-clips of the film, not spoiling much but giving a good sense of the atmosphere. I thought I came across okay, although my friend Mark (camera op on Goth Cruise, and co-tenant of our office) insisted on rewinding the clip straight afterwards (thanks to Sky+) and pinpointing the bit where I apparently looked 'actually quite insane'. Cheers for that.

In a weekend of screen appearances, I also went to see the cast and crew screening of Mark Devenport's 'Big Things', where I have a tiny role as a pissy pirate working in a fancy dress shop. It was a great turn-out for the film, especially seeing as it was on at 10am on a Sunday morning, and it was really good to see it on the big screen. Mark, for the first time since I've known him, was very nervous beforehand, but it sounded as though they got some really good audience responses. Most of the cast and crew were there, including Johnny Phillips, who is really funny as the on-again, off-again professional actor who auditions for the film-within-a-film. London-based, Johnny has been involved with filmmaking around Nottingham since he worked on Chris's 'One For The Road' as a bullying alcohol management group leader, and was around one day when I was writing the script for 'Mum & Dad'. I needed a story for dad to tell at the dinner table, and Johnny told me one about a friend of his who worked in a warehouse. The story makes it into the film, where it is told by Perry Benson - who happens to be one of Johnny's best friends, and had no idea that the story had come from him. It's like an intricate spider's web of coincidence and fate. Or something.

Also at the weekend, I did one of my periodic sweeps of charity shops in Sherwood, home of a treasure trove of Big Box Eighties VHS Tapes. This time I managed to pick up the second sequel to Psycho, 'Psycho 3' directed by Anthony Perkins himself, which I don't think I've ever seen, but which, apparently, has a plot based around 'Vertigo'..., and also a sci-fi film called 'Space Island' 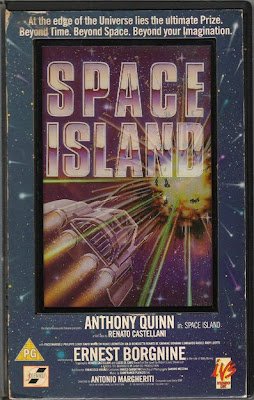 which I mainly bought because, although you can't see it here, it has a holographic cover! (Also, on the back it's got one of those great drawings you used to get on posters 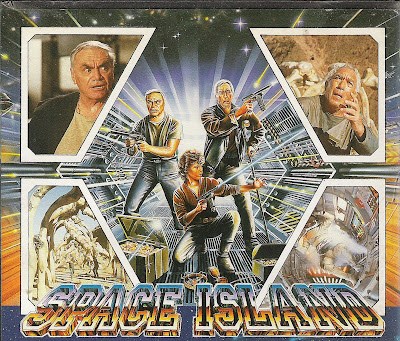 As the name implies, the film is a space version of 'Treasure Island' starring Borgnine and Quinn. It's a German and Italian co-production, directed by Antonio Margheriti (also known as Anthony M. Dawson), who also made 'Cannibal Apocalypse', 'Seven Deaths in the Cat's Eye' and 'Castle of Blood'. He's got one of those great genre filmmaking careers that also includes titles like 'Hercules against Karate', 'The Unnaturals' and 'The Long Hair of Death'. (Oh, and 'Code Name: Wild Geese'...). Searching around, I found a great tribute website run by his son, which includes loads of trailers and clips.

The third purchase of the day was a real rarity - a DVD of 'Dark Shadows', the gothic Sixties American soap, produced by Dan Curtis ('The Night Stalker', 'Trilogy of Terror'). 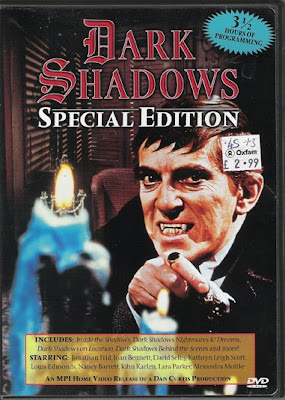 (I mean, 3 and a half hours for £2.99, that's got to be a bargain... ) I've only ever seen clips of the programme - which went out 'as live' on TV - but the story around it sounds really interesting, and it also partly feeds into another script idea I'm working on, set in New England.

Finally, and most terrifyingly, there was the one purchase I didn't make - this book: 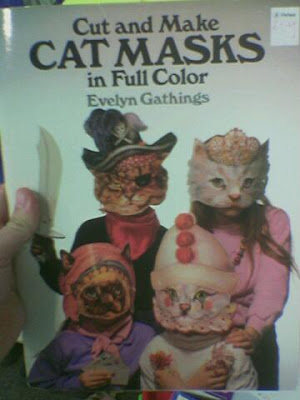 100 per cent nightmare fuel. It's probably the most disturbing thing aimed at children I've seen since this: 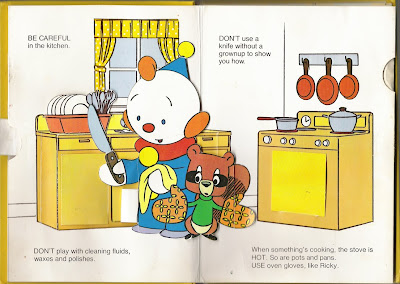 The Pop-up Safety Book, featuring a tiny clown with a knife and his pet raccoon. "Sleep well, kids. And don't have nightmares..."
Posted by Steven Sheil at Wednesday, August 20, 2008

great to see you the other day. you looked really tanned.

Hey Steven, was really great seeing Mum & Dad again at Frightfest with an actual audience of horror fans rather than journalists. What a great response the film received. Especially good was to see how funny it plays.

Cheers Stuart - thanks for coming (again). I was really pleased that the film seemed to go down well at Frightfest - and that people got the humour of it.