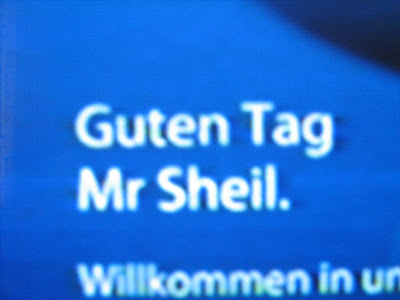 I've been in Germany for a few days, as a guest of the Fantasy Filmfest, a great festival which tours round eight German cities across August and September. I was over to present screenings of 'Mum & Dad' in the last two cities on the tour, Munich and Stuttgart. Munich was first up, and after a ridiculously early start in the morning (my flight was from Stanstead at 8am, meaning I had to get up about 5), the first thing I had to do when I got there was to go and do an interview for the French/German TV station ARTE, along with Mark Tonderai, the director of 'Hush', also playing at the festival. The interview was outside one of the cinemas being used for the festival, which was a great little place with a cool courtyard outside and some homemade horror decorations like this: 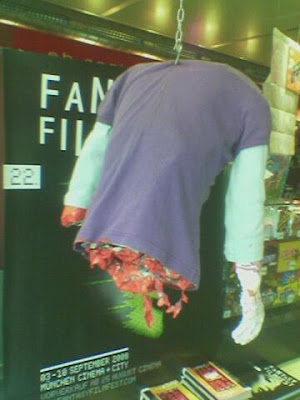 as well as a hanging noose, a plate of eyeballs and something which I saw online the other day, but was here in the flesh, a limited edition Barbie 'The Birds' figure: 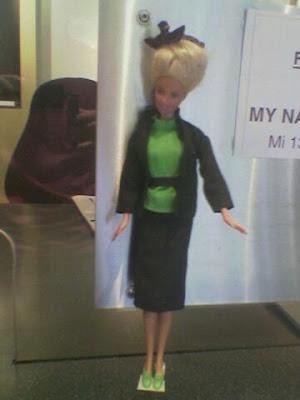 The interview was good, but quite long, with the camera op roaming around handheld in between me and the director, getting really close-in (which isn't going to be most attractive shot, given that my face, after early rising and hours of travelling, looked like a handful of teabags hanging off a fence), and the questions focusing on the idea of this 'New Breed' of British horror film-makers - there were six or seven British horror films in the festival, most of them by first-time directors - and whether the perversity that runs through 'Mum & Dad' is 'typically British'.

After the interview we had the screening of the film, with a good sized crowd and a brief Q and A. The audience seemed to like the film ("You have made a very weird film" said one bloke, "Congratulations."), but if there's one thing I've noticed about German audiences as opposed to those in the UK, it's that they are very into precision - one person wanted to know exactly what was in the syringe in the film and how often it had to be administered to be effective. Either he was very detail-oriented or he was planning something very unsavoury...

After the film I went back to the hotel to crash out - feeling a bit like travelling salesman (which I guess I was), before getting up the next day to get the train to Stuttgart.

In Stuttgart I got the chance to see 'Hush' - which was great to see, because we've been trying to get hold of a copy (or even a trailer) for Mayhem for ages. The cinema was, again, a nice-looking place, inside and out: 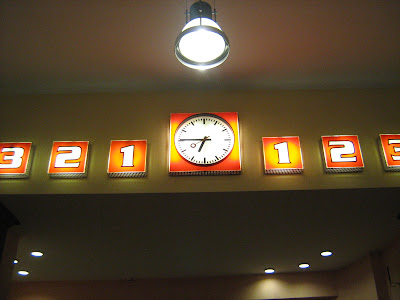 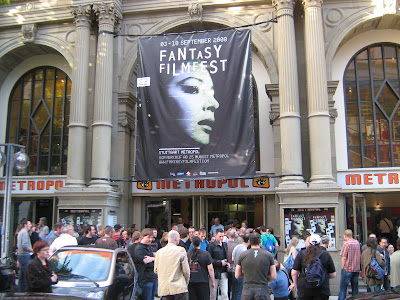 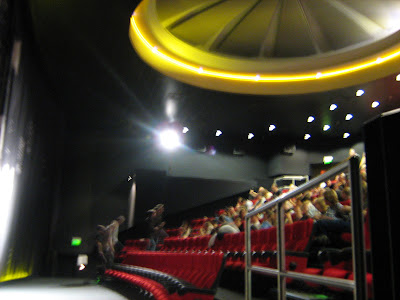 'Mum & Dad' followed on straight from 'Hush' and we had a really good crowd in for the film. Afterwards, a load of people (around 100) stayed on to ask questions, including a lot that seemed to focus on my personal relationships:
- "Have your parents seen the film?" (No.)
- "Do you have any children and will you let them watch the film?" (Yes I do, and no, not until she's old enough (or tall enough to reach it down from the top shelf)
- "Is your wife supportive of the film?" (Yes.)

Maybe they all imagined that I lived on my own, defacing pictures of happy families or something.

The next day it was back to Munich again (for the flight), which meant another 3 hour trainride of this: 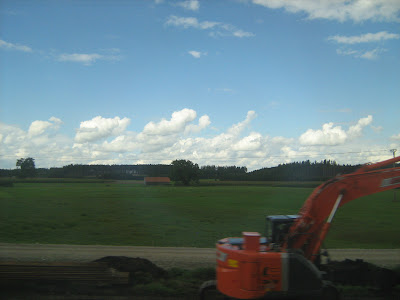 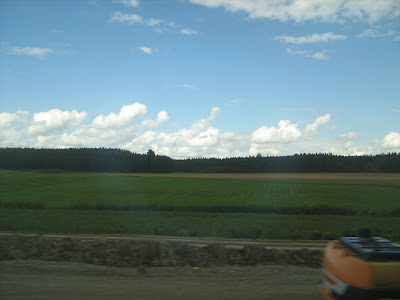 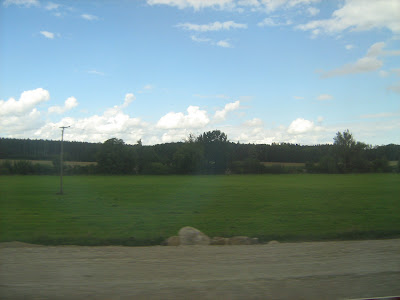 before I finally got a few hours off in Munich. 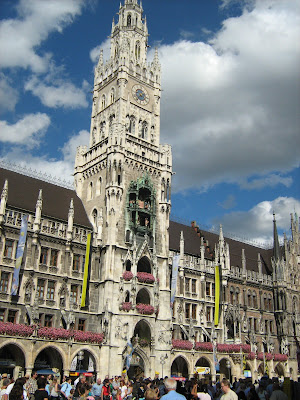 Then it was on to the airport, where I spent my last remaining Euros on the most Bavarian meal you can get as a vegetarian: 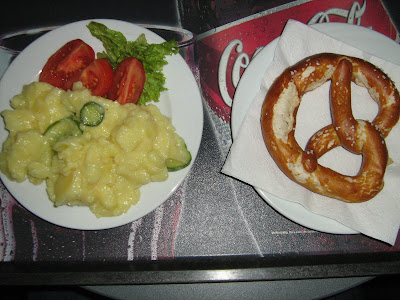 before catching the flight home 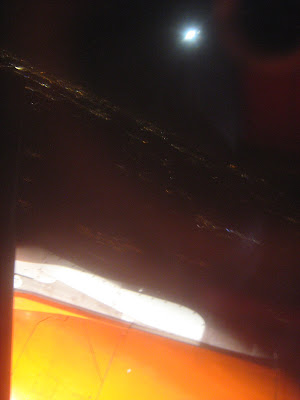 which I spent reading Thomas Pynchon's 'The Crying of Lot 49', picked for the journey because it's a) light but b) so absurdly layered with meanings and intimations of conspiracy that I knew it would keep me going over the whole weekend (but is, however, a dangerous book to read when you're about to go back to writing because you end up wanting to call all your characters daft things like Oedipa Maas, Randy Driblette or Manny DiPresso) and watching nighttime northern Europe out of the window.

Came home to find that we'd been beaten to the festival's 'Fresh Blood' award by Jean-Claude van Damme. Damn, I knew we should have got Chuck Norris and Cynthia Rothrock for 'Mum & Dad'.
Posted by Steven Sheil at Wednesday, September 10, 2008