His fist is devastating

It was my birthday last week, and in a notable display of hitherto unrevealed almost supernatural detective powers, my brother managed to get me a copy of Death of the Fuhrer, the brilliantly insane pulp novel about Hitler, brain transplants, sexy German countesses with dark secrets and DIY surgery. Not only is the book the same edition - with the female Hitler on the cover - but it actually contains the ending of the story! (Unlike my previous copy which had a misprinted Mills and Boon denoument.) I haven't read it all the way through yet, but I'm hoping that the pay-off can match my expectations for it - which, admittedly, is probably very unlikely...

I also got a book on Jack Kirby by Mark Evanier (which has the only cover that it should have - a giant fist punching you in the face, like you're being chinned by brilliance.) When I was a kid reading comics, I was never really into Kirby all that much - and when I saw his stuff it always seemed to chunky and big and unnaturalistic and weird. But as I got older, all of those things suddenly became more and more appealing and the sheer scale of Kirby's imagination became apparent. I love his 70s stuff especially, or what I've seen of it - comics where he was editor, writer and artist all at once, and got to create entire worlds. Stuff like OMAC - 'One Man Army Corps', set in 'The World That's Coming', a dystopian future where you can buy a girlfriend in a box, the super-rich hire cities to play assassination games in and, if you're OMAC, you can punch 10 people in the face at once. 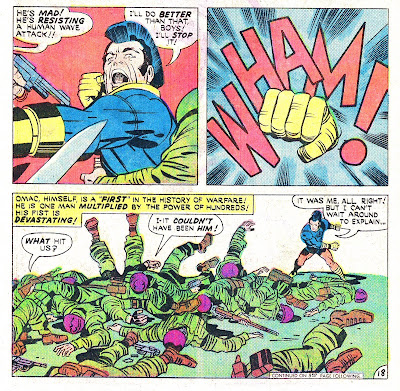 There's also The Eternals, about ancient space gods, which is the dictionary definition of Grand Scale in every sense. (No.11 of the series starts like this:

'THIS IS WHAT HAS HAPPENED:GIANTS HAVE COME FROM SPACE TO BEGIN A FIFTY YEAR JUDGEMENT OF ALL THAT LIVES ON EARTH! THEY PROWL THE PLANET...THEY PROBE THE OCEANS...THEIR AWESOME VESSEL ORBITS ABOVE US LIKE A COSMIC SENTRY...

THIS IS WHAT IS HAPPENING: HUMANS EVERYWHERE ARE REACTING TO THIS...AND MORE!! WE SHARE OUR PLANET WITH TWO FANTASTIC SPECIES--THE IMMORTAL ETERNALS AND THE SCHEMING DEVIANTS WHO MUST FACE THIS WITH US!

THIS IS WHAT IS GOING TO HAPPEN: HUMANS WILL STRIKE FIRST!!'

Now that's how you write an attention-grabbing opening.)

I also love Kamandi, another dystopian future (actually linked to the one in OMAC), where, in a scenario slightly influenced by a very popular 70s film series, TALKING ANIMALS HAVE TAKEN OVER THE WORLD AND HUMANS ARE THEIR BEASTS OF BURDEN!! What I especially love about all these comics is the fact that everything is so BIG - big ideas, big splash pages, big stakes - and especially Big Close-Ups 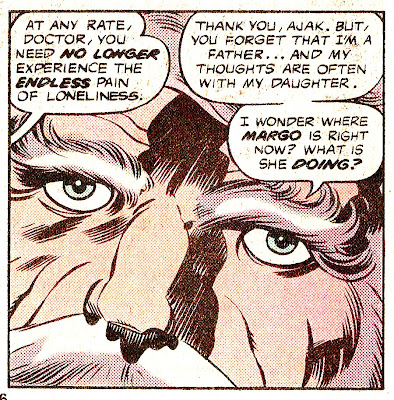 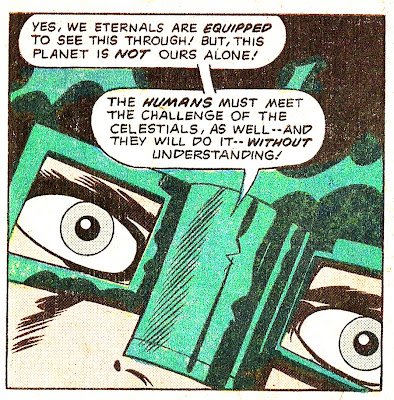 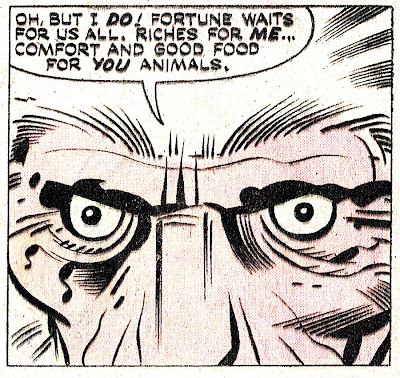 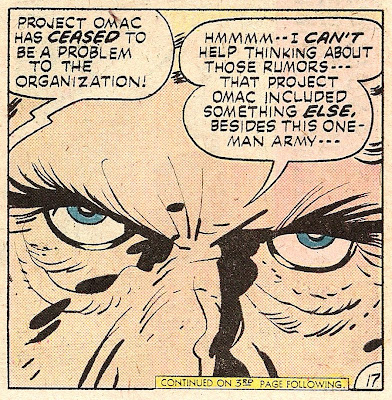 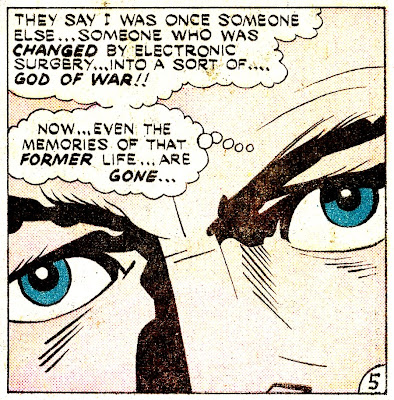 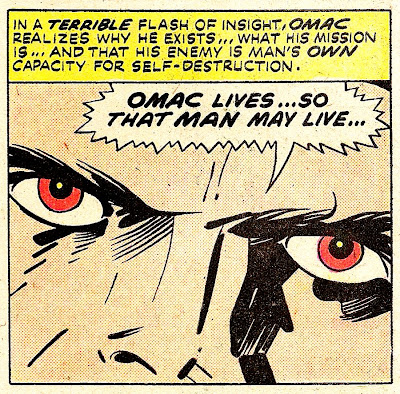 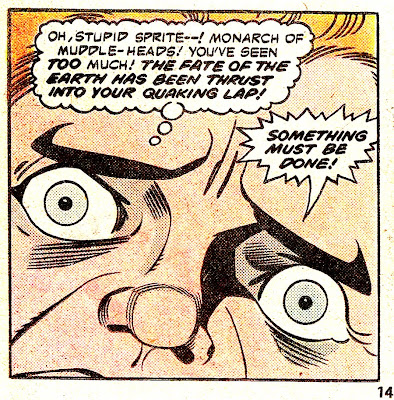 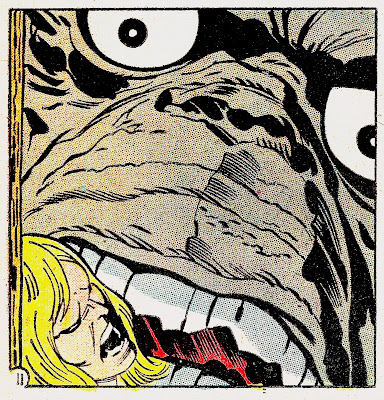 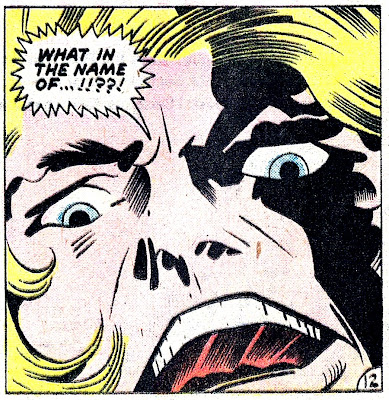 Man, Kirby did great freak-out faces. I mean, just look at the guy in the bottom left corner of this two-page spread. 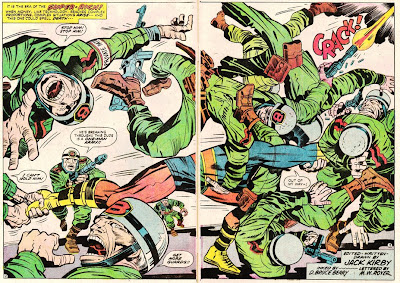 That's what's happening in The World That's Coming - Space Gods, One Man Armys and Jack Kirby freaking you out.
Posted by Steven Sheil at Wednesday, November 19, 2008